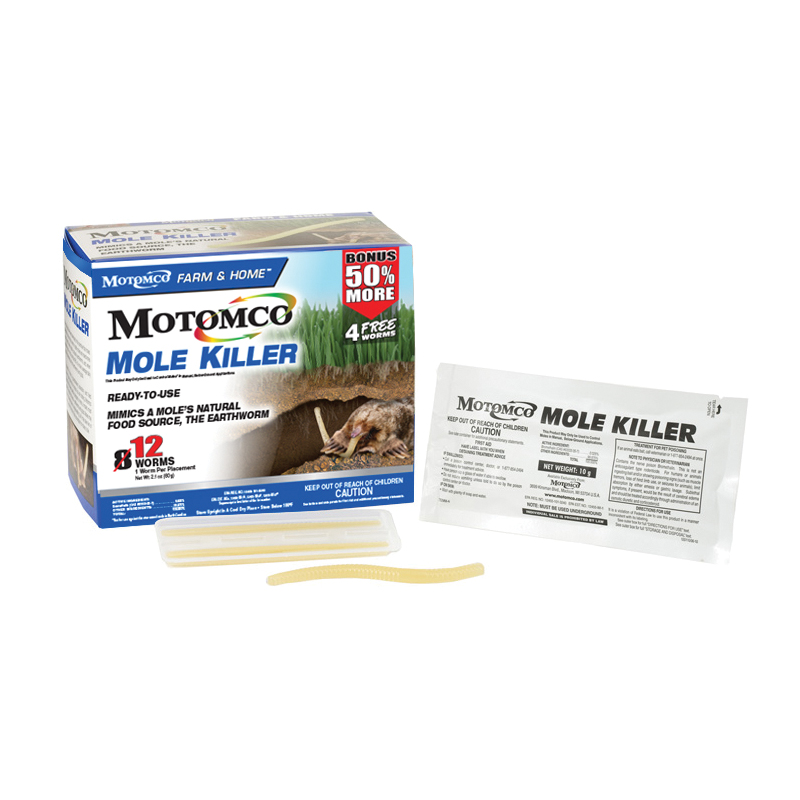 Motomco mole killer is available in worm or grub shaped baits and is scientifically proven to kill moles in lawns, yards and gardens. It was designed to mimic a mole's natural food source earthworms and grubs. Other mole baits have been developed on the premise that moles are similar to rats and mice, when in reality a mole's diet is entirely different, making most pelleted bait ineffective. Developed using extensive lab and field research, motomco mole killer succeeds where other grain baits, repellants and home remedies have failed. Moles can consume a lethal dose of motomco mole killer in a single feeding and die in as little as two days.